God uses all things for good...

I’ve often wondered why we’ve gone through so much. Why it seems like from the very beginning, we’ve been hit by medical problem after medical problem.

It seems that we just are always hit with one thing after another and I’ve been almost habitually asking God “WHY?” But yet I’ve never gotten an answer. I mean, I know He uses all things for good. I know He will take ALL these ashes and turn them into beauty. But how? What’s His plan?

Through it all, our family’s relationship has drawn closer to Him and to each other. Was that His whole plan all along?

Then He began to speak to me through recent situations and I began to see that He maybe is going to use us for something greater.

Let me introduce Peter. He’s our friend from Uganda. Peter runs a ministry called Kyampisi Children’s Ministry (KCM). KCM is a ministry that rescues and cares for children who have been sacrificed by witch doctors. This is a terrible thing that still happens today. Through Peter, we have learned of so many kids with mutilated genitals and bodies – sacrificed for wealth, health, fertility and other various things. It’s sickening! But KCM is doing an amazing thing by rescuing these children and helping them through the physical and emotional trauma they have been through. Many of the kids have to fly to Australia for life saving surgeries. Peter is there now with a little boy named Benson. Benson just underwent one surgery, where they had to take tissue from inside his mouth to recreate a new urethra. In two weeks after recovery from this surgery, they will do a reconstruction surgery as the witch doctors removed his entire penis. I know that is “taboo and personal” to talk about and many don’t want to hear or know about it. Well if that’s you, I’m sorry. But unfortunately this type of thing happens way too often and here we sit in America without any knowledge of it and quite honestly, I think we need to wake to the realities of what happens in this world. We sit in our quiet little corner of the world and feel like all is okay. It’s not. We need to wake up and do something. Of course we can’t help everyone, but we CAN help some!

Through Peter, we have “met” a sweet young lady named Gladys. 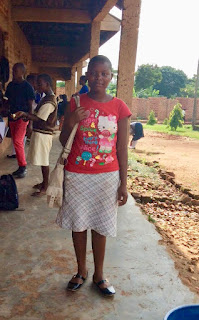 Gladys is a 15 year old orphaned girl who lost both her parents to HIV when she was just 2-3 years old. She has been a part of KCM since. I was contacted by Peter who inquired about medical advice for Gladys’ neck. Peter had followed our journey with our daughter Ilana (who had thyroid cancer) and Gladys’ neck reminded him of Ilana’s. She had a large lump under her chin, similar to Ilana’s, but a little higher. This lump had been there for several years and had been continuing to get worse to the point of affecting her ability to swallow and breathe well. I suggested that an ultrasound should be done. During this time was when I was deep in the midst of my radiation and then later underwent my craniotomy and so I never followed up to find out how she was until February, which I regret waiting so long. Turned out, due to her orphan status and lack of funds in the ministry, no imaging or tests of any kind had been done, since the cost would be around 850,000 Uganda Shillings, equaling around 230 US dollars.

Here in America, if there’s an urgent need, you go to the ER and you can get medical care whether you can afford it or not. In Uganda, they have to have the money ahead of time before anything can be done. Since she had no money, nothing could be checked. This broke our family’s hearts. Our kids said that wasn’t fair. And quite honestly, it’s not. How is it that we live in 2018 and there are still so many kids in the world who cannot get medical care? It’s something I’ve taken for granted many times… We have been so blessed by so many that have helped us with medical costs and so we felt it was necessary for us to pay it forward and we decided to pay for all the initial testing to be done.
She had a couple ultrasounds done, in which Peter forwarded us her reports. We forwarded them on to Ilana’s thyroid specialist. This is when we began to realize how God was using all that we’ve been through medical wise… I was able to read the report well (as this was NOT my first look at a neck ultrasound report. I've read and researched more about neck ultrasounds than most!). I was also able compare it with Ilana’s and I knew everything it talked about. Thankfully, her thyroid looked okay, but she does have a large growth above her thyroid, which doctors think is a thyroglossal cyst. They won’t know for sure until it is removed and they do pathology on it, but we are praying it’s only a cyst and not cancer. That said, she is in urgent need of surgery to have this removed so she can finally breathe and swallow without complications and to also verify that it’s not cancer. The costs will be roughly $3800. This will cover the surgery, the hospital fees, the labwork and pathology, the room fees, and post surgery care.

We are hoping and praying that you would be willing to help ease the financial burden from Gladys. Will you come along side us and help?

If we are somehow able to raise even more than the surgery amount, any remaining funds will then be given to the next child on our list. Meet Moris. (isn't he just adorable?) 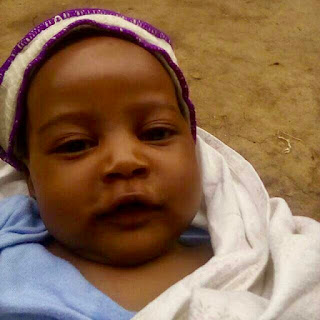 Moris is a 5 month old boy with 3 significant heart defects (dextrocardia, tricuspid atresia, and double outlet right ventricle) who is also in urgent need of a surgery. This surgery will not be able to be done in Uganda, because it will be a very complicated surgery (or maybe two). This surgery/surgeries is absolutely vital for Moris to live. Michael is looking into US visa requirements to see if it’s possible to get them to the US for surgery. We are also contacting the cardiologists we know and will start contacting hospitals to see if there are any that would be willing to do the surgery pro bono or at a significantly reduced rate. From what I've read, his heart condition is very serious and it's amazing he's lived so long without medical care.

You see? Through all of our medical issues, we have made contacts with doctors in various hospitals, we have learned lots of medical lingo, and we have learned how to fight for good medical care. Perhaps this is what we are meant to do? While we can’t help EVERY child in the world, we can help some and are determined to do so! Which is why we are starting to create RENU Ministries.

RENU Ministries will be used to support children like Gladys and Moris. Unfortunately, creating a nonprofit takes awhile to get set up, but Gladys and Moris don’t have that time. So we hope and pray that despite it not being a nonprofit yet, and you’re unable to make it tax deductible, that you’ll still feel led to give.

Like it says in Matthew 25:40, “Then the King will say, ‘I’m telling the solemn truth: Whenever you did one of these things to someone overlooked or ignored, that was me—you did it to me.’”

These children are so often overlooked or ignored. Isn’t it time for us to step up and help. Even just a little?

Would you be willing to give up a Starbucks or fast food run and donate what you would have spent?

Or would you be willing to donate $15 in honor of Gladys’ age? Or $5 for Moris’s age (in months)?
Any and every amount will add up and no matter how big or small, it will help immensely! Every cent donated will be donated directly to Peter and Kyampisi Children’s Ministry to pay for Gladys and Moris’ surgeries. If you have any questions or want to help in any other ways, please feel free to email us at michaelandamanda@gmail.com

As a “motivation”, so to speak, we are going to do a sort of raffle. With every $5 donated, you will receive an entry to a raffle. We at RENU Ranch will be raffling off several different items. Some of our kids are adamant about participating and doing things to earn money to help. They were wanting to sell their bikes, sell their animals, bake items, sew items, and such. Anything they could do, they wanted to try! Here’s a list of items we all came up with:

- A tshirt with a custom vinyl design of your choice

- A custom wreath for your front door made by Ilana Nunez

- 3 custom headbands made by Lydia Reese

- $100 giftcard to Kallie & Co given by the amazing owner who has already donated hundreds of shoes to women in Uganda. This is an amazing, generous company!

- A date night experience at RENU Ranch “Restaurant” – A completely homemade meal made by the women at RENU Ranch, served by the RENU kids, in an intimate, relaxing outdoor setting with light dinner music. 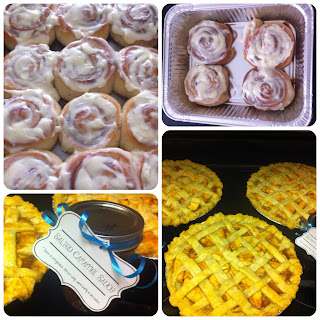 - A custom pallet wood sign (your choice of wording and color) 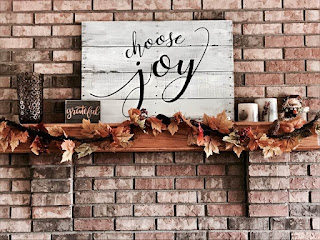 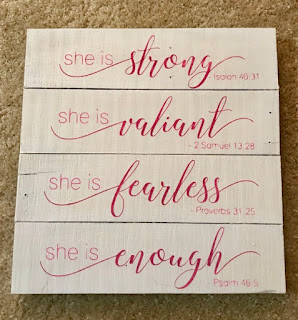 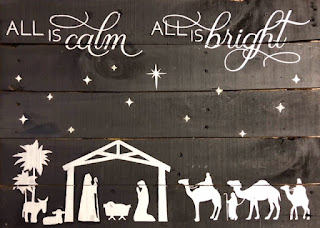 - Two dozen homemade cookies of your choice made by Mikiyas Nuñez

To enter in the drawing, please email us at michaelandamanda@gmail.com after your donation with how many entries and which prize you would like your entries submitted into. We will video the drawings on March 23 and will post the video and winners on the blog and my Facebook page. We will also contact the winners via email.