We left the transition home two and a half weeks ago... Can't believe it's already been that long! Sorry it's taken so long to update on here. I post updates once and awhile when I have a minute on Facebook, but I know there are a lot of blog followers that aren't on Facebook! So sorry!!

First of all, I'll update from our trip.... Here is the video of Mikiyas seeing Daddy for the first time on Sunday:

Monday, we attended Embassy and were once again in a crowd of older adoptive parents and Ethiopians and agency directors who commented about how young we were... :) I guess we'll just have to get used to it! We later went to Kaldi's, an amazing coffee shop that looks similar to Starbucks (but SO much better in my opinion!!), for ice cream and coffee to celebrate. The next couple days we stayed at the guest house with the boys and played and loved on all the other kids and babies for their momma and daddies who can't be there yet. Each day, Mikiyas would say "Mommy! Daddy! Aeroplane?" And we'd have to tell him how many more days. He was SO excited!!

We went out to dinner with our driver and in country director, Woudneh, at a raw meat place (blech!) per Michael's request... I was hungry, but not near hungry enough to eat any of that. Lost my appetite watching it, haha!


We wanted to see Eyob's birth mom on this trip but when we got there were told that they had been unable to get ahold of her so we wouldn't be able to see her. We were pretty bummed, but understood. Wednesday morning, we got a phone call from Woudneh saying that the birth mother would be coming to the transition home that afternoon! We were SO excited! Not only would we be able to meet her, but she would also get to see Eyob! The meeting with her went so well and we were able to learn a lot about her, her family, among many other things. She was very happy to see Eyob and to be able to hold him. The pictures and videos we got of her are priceless and will be so appreciated by Eyob when he's older, I'm sure!

Wednesday night, the boys slept in our room with us, and Thursday morning, I woke up to Mikiyas rubbing my face and grinning from ear to ear. He is one sweet boy, I tell you! I said "Hey, Mikiyas, guess what?" And he shrugged and I said "Aeroplane! TODAY!" and he could hardly contain his excitement! :) We showered, packed and spent the afternoon outside with all the kids and nannies! It was a beautiful day! Before we knew it, it was time to eat a quick supper and get ready to go. Before children leave to come to America, the transition home children/nannies have a tradition of singing some songs together. Here's a snippet of them singing with/to Mikiyas:

After hugs to everyone, we hopped in the van and ventured our way to the airport. Mikiyas was so excited! Eyob wasn't too sure what to think and was happy as long as his momma was holding him! We went through security, got in line for our tickets and then waited for a few hours for our plane. Thank goodness for our awesome travel agent who put us on the same plane as a fellow adoptive friend that I've "known" for awhile and this past summer got to know even more as we messaged back and forth and prayed for each others' sons... We finally got to meet and Mikiyas and their sweet little boy, Muse, hit it off immediately! 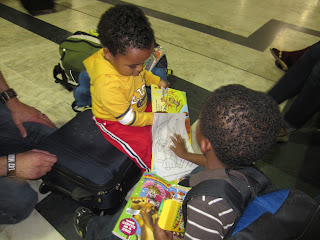 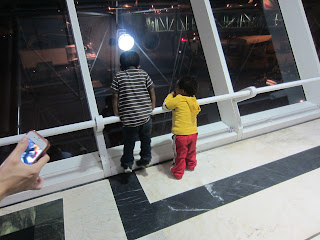 Unfortunately we didn't get to sit anywhere close to each other on the plane, though. But both boys were so tired and fell asleep within minutes of getting on the plane. Once we were up in the air, we put Eyob in the bassinet and I tried to sleep for awhile. 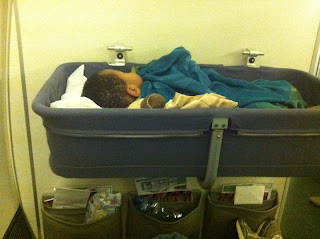 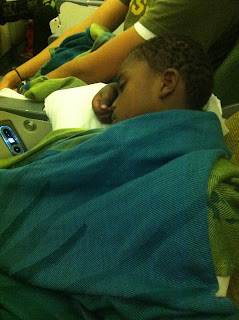 It was an interesting flight with a few hours of sleep here and there...


Eventually after 17 1/2 hours, we finally made it to Washington DC! Never had we been so anxious to walk! We went through Immigrations and Customs and the boys were officially US Citizens! We found our new friends, the Hapners and hung out with them for a couple hours on our layovers. Mikiyas was so excited! 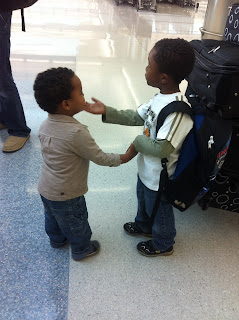 Our continued journey home will be coming up in the next blogpost! :)
Posted by The Nunez Family at 8:25 AM No comments: