Rather than the typical "Hallmark Holiday", Valentine's Day will always hold a different meaning in our family's life...


One year ago today I was perusing Project Hopeful's waiting child list. My heart stopped at a simple description of a 3 year old boy named Mikiyas. I had a tugging in my heart feeling like we needed to inquire more about him. It's truly hard to explain, but we began to fall in love with a little boy that we had never met. Never seen. And knew nothing about. We only knew his name and his birth date... When I inquired more information, we later found out he wasn't 3, but was in fact 5 and the information they had on him was old, because he had been in the orphanage for so long.

One week later we received these photos: 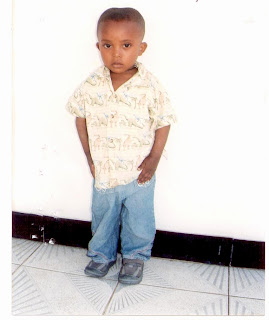 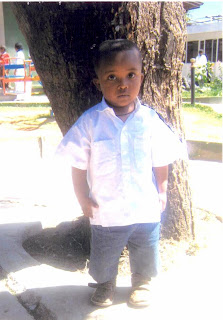 They were not recent, but it's all we had of him. We knew he was ours... But boy did he look sad. Broken. Lost. Unloved... We wanted him to know and realize that we loved him, but most of all GOD loved him! Thankfully, here we are one year later and he finally knows. He knows we love him. And he knows that God loves him. And he once again feels what love feels like. And I'm SO happy to say that he will always, always, always get to feel that! And I'm so happy to see these happy eyes... 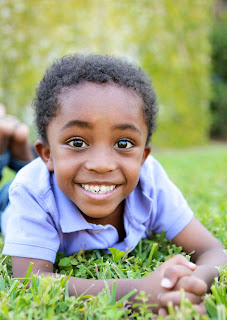 Instead of these poor sad ones... 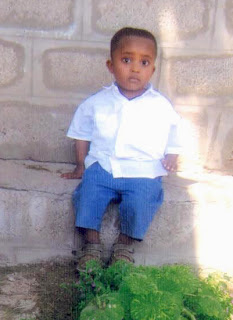 Today we are celebrating love like many do on Valentine's Day. But we are celebrating a different kind of love. The love that not everyone gets to feel... You see, when you grow a child in your womb, that love just generates automatically, in my opinion. This kind of love is put in your hearts directly by God. A God who LOVES the orphans... It's a truly special kind of love... And because of it, our hearts have grown tremendously...
Posted by The Nunez Family at 10:15 PM No comments:

God doesn't call the equipped. He equips the called....

5 months... Mikiyas and Eyob have been home for FIVE months! I feel like that seems outright impossible that that much time has passed. Yet, I also feel like they've been with us even longer because of how they just fit so well in our family... During these 5 months we've learned so much of their personalities, background, likes, dislikes, and just how they fit so perfectly in our family. Among that, we've also learned a lot about ourselves, specifically myself...

I was super shy growing up. I disliked meeting new people (and was often mistaken for being stuck up, but I'm as far from that as you can get!) and never wanted to move from "home" (Indiana).  I also avoided speech classes, willing to take any extra classes, as long as I didn't have to speak in front of a group of people! It was bad!

Since marrying Michael, I've grown and changed. Moved away at 19 to follow my heart to North Carolina, met new people who became like family to us, and then later moved to Florida. I've changed even more so since the adoption... 3 months ago, on Orphan Sunday, Michael and I shared our story and testimony in front of our church for all 3 services. This was for over 1000 people... Along with that, we also had an opportunity to speak briefly for a news crew about one of the adoption grants we had received (Gift of Adoption Fund). When we were first emailed about if we would do it, my initial response was "No way!"  I prayed about it and still came to the conclusion that I couldn't. I even kept it from Michael for a few days because I was SO set on not doing it. That's when God kinda spoke up in my head, telling me "Amanda. This is MY story to share. This is NOT yours. I did this. I gave you these boys. I made this happen. If I can do this, do you not trust and believe that I can equip you to do this? Use this testimony to spread My love. Use this story to spread truth about me and about HIV." Of course, how could I say no at that point? I was reminded of what it says in Hebrew 13, verse 21:

"May he equip you with all you need for doing his will. May he produce in you, through the power of Jesus Christ, every good thing that is pleasing to him. All glory to him forever and ever!"

I had to say yes, and I told Michael about it. He actually said no, just like me. I told him basically the same thing that God had shared with me and he said "Okay. Whatever you think we should do..." Never would I have imagined I would ever - or rather COULD ever do it. But we did. And it was just a short 45 second segment. But, that quickly turned into another opportunity. The woman who had interviewed us said that she would love to feature our story and learn more about our family, aside from the grant. She said she'd be in contact, and in early January we were contacted by her saying she wanted to do an all morning shoot at our house to see what our daily life is like, along with an interview with Michael and I, and then later do another video shoot at the boys HIV doctor. This was SO out of my comfort zone, but I knew that it was a great opportunity for us to share and spread truth. I had to say yes. When the morning came for them to get here, let's say I was beyond the normal nervous stage... I was going over HIV facts in my head as I waited for them to arrive and quickly realized that I was so nervous I couldn't think of or remember any of it. Michael... He's truly my rock during tough times or during nervous times. He knows me better than anyone and can tell just by looking in my eyes exactly how I'm feeling or what I'm thinking. He knew just how much out of my comfort zone I was and how stinkin' nervous I was. He took one hand placed it on my head, and the other held my hand and he prayed over me, over our house, over our kids, and over the news crew... Praying that God would speak through the two of us and if we got tongue tied, that God would just take over. We had many of you praying for us as well! And let me tell you, those prayers worked! Once they arrived, it was as if it was no big deal at all. During the interview time, God literally spoke through me, because there was no hesitation when it came to answering (which is SO unusual for me. I'm one that loves to know questions ahead of time so I can prepare my answers and choose my words...)

Yesterday we finished up the last of the video segments at the boys' doctor's appointment. They said it should air in about 2 weeks, and I will be sure to share with you all when it does happen!

Anyway, all this to say that you'd really be amazed at how God can/will use you, even when you think that you're not equipped... God doesn't call the equipped. He equips the called....

On that note, I'm going to wrap up this blog, and I promise to try to post more often! Things have been so busy and I've been working on documenting/writing out our whole story from 12 years ago to now, just for keepsake purposes, and that's kept me busy as well... But I promise! More pics, videos and posts will happen more often!! :)

Posted by The Nunez Family at 12:53 PM No comments: